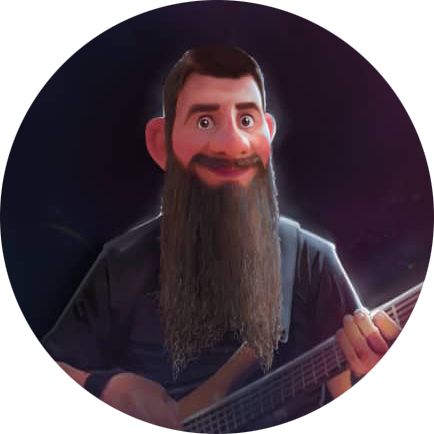 Mohammad Nik was born in Tehran, Iran in 1984 Started his career in arts at the age of 10 by painting. soon after he became interested in Iranian Folk music and started to take Setar lessons under various maestros including, maestro Jalal Zolfonun. after a while he got introduced to Metal music and started to listen to the genre. the bands which had the greatest impact on him at the time were: Metallica, Iron Maiden, Kreator, Death and Tool. with alot of hardship he finally managed to get ahold of a bass guitar and started learning how to play by self-studying. during this time he also took some lessons and tips from Arash Jamali about electric and bass guitar. 2000s were the time when he started to play Death and Thrash metal constantly and produced a number of singles, some which were released at the time and some which stayed unreleased to this day. other than making and releasing music, he is a bass guitar tutor and has been teaching bass to students all over Iran and also Mohammad has tried his hardest to introduce people to Iran’s metal scene while also trying to implement bass guitar in Iran